Sue Parker looks at a struggling industry and considers what we can do to help.

Fish and chips. The term (if not the calories) rolls off the tongue as smoothly as strawberries and cream – made for one another, you might think. For at least 150 years this pairing was traditionally sold wrapped in newspaper, until in the 1980s health and safety regulations were introduced to save us from the toxins in newsprint. Problem solved? 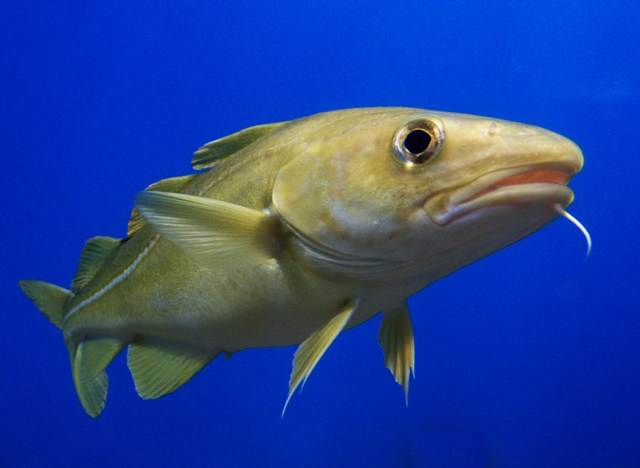 Long since farming the land for vegetables took over from foraging, we remain hunter-gatherers of wild fish. (Ironically, the current foraging fad driven by celebrity chefs is eradicating the few remaining food resources from yet more of our diminishing wilderness.) As they were for Sméagol in Tolkein’s Lord of the Rings, fish are the staple diet of hundreds of millions of poor people across the globe, but for how much longer? The United Nations food and agriculture organisation (FAO) reports that 70 percent of the world’s fish populations are either fully exploited, overexploited or in crisis and heading for extinction.

Fish stocks stabilise at a level where exploitation and natural death just balance the birth rate, and as exploitation rises stocks inevitably decline. Catch and kill too many fish, however, and the population will crash. That’s what overfishing in the 1980s and 1990s did to the North Sea cod stock, for example.

The sums are simple: to rebuild a population the birth rate must exceed the death rate. Recovery to the level of ‘maximum sustainable yield’ is now happening, but if we want to eat as much cod as we used to then it has to come from somewhere else. An obvious solution is for wealthier nations to cut their high-seas fishing effort and turn more to aquaculture, but large-scale fish farming has its own problems. 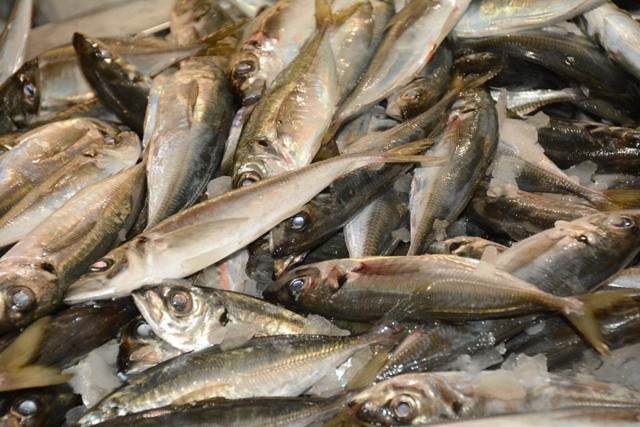 Carapau - a type of mackerel popular in the Algarve

One obvious concern is what goes in to a fish farm (apart from clean water). 1kg of farmed fish may have consumed 10 to 20kg of food harvested from the sea, leaving less for the wild fish to feed on. Finding a sustainable source of food is only half the battle. The other half is managing what else comes out of fish farms.

During storms when cages get broken, farmed salmon escape into the wild. They compete for food and may interbreed with wild fish, the resulting progeny having  poorer homing capability. (Scottish government figures show that annual recorded salmon farm escapes over the past 17 years have been typically double the wild salmon catch.) Enclosed land-based systems can solve this problem, but it is cheaper to farm in cages in coastal waters; most aquaculture is therefore carried out in estuaries. Where is it that many sea fish go to breed? In and around estuaries. 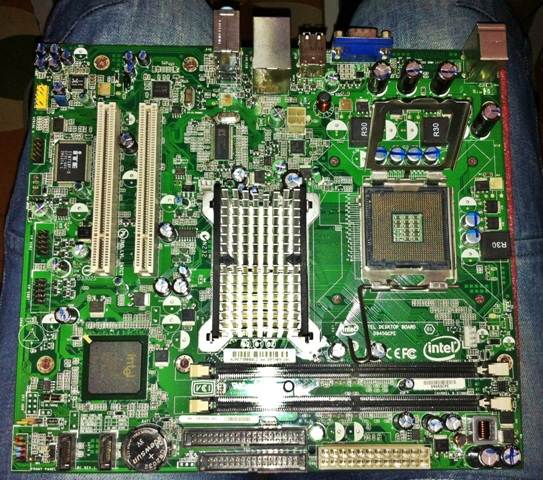 Waste products and uneaten food breed parasites. When fish farms are sited in estuaries on migration routes of young wild salmon, parasites can infect and kill up to 80 percent of the wild fish. Other fish species are also vulnerable. Intensive aquaculture relies heavily on antibiotics to control parasites and diseases; this can lead to antibiotic-resistant bacteria, making such treatments less effective and possibly impairing our ability to treat human diseases.

It all seems so difficult, but in fact there are sustainable alternatives. Tilapia, catfish, cobia and now even Arctic char and trout – delicious alternatives to ocean-farmed fish - are being raised far inland using systems that recirculate water, greatly reducing the risks of disease transfer and pollution. Whenever we buy fish, from a shop or in a restaurant, we can ask the question: ‘Do you supply only certified sustainable seafood?’

Each of us also influences what flows into the sea via our rivers. While wastewater treatment plants reduce pollution flushed away in our homes and workplaces, they are less effective at removing endocrine disrupting chemicals (so-called gender-benders, to which fish are particularly sensitive) contained in such apparently innocuous products as shampoos and deodorants. We can all help by using personal-care products sparingly and disposing of containers properly.

Landfill is where lots of these chemicals end up, and from there they can leach out and end up in rivers. That’s why one of the most dangerous sources of heavy metals and other toxins is now controlled by EU Waste Electrical and Electronic Equipment (WEEE) legislation. Computer-based gadgets, their chips and the batteries that power them must never be put into landfill. Arsenic, cadmium, copper, nickel, mercury and lead are all used in chip and battery manufacture, and if ingested these toxins target the liver, kidney and brain. As those dieticians keep telling us: too many chips are bad for us. It’s time to turn over a new leaf.

Tolkein’s hero Sam Gamgee entreats Sméagol: “…if you turn over a new leaf, and keep it turned, I'll cook you some taters one of these days. I will: fried fish and chips…” For something as precious as the world’s fish stocks, maybe we should treat our chips with a WEEE bit more caution.