While the USA is castigated as the most wasteful nation on earth, some European countries are not much better. Recently yet another brickbat was hurled at the Brits over their wasteful lifestyles.  According to a government report, the UK is the worst nation in Europe for throwing away food – much of it perfectly edible; there, food to the collective value of 12.5 billion pounds per year, or six meals-worth per person is wasted every week. That’s £400 per household per year. Families are not the only culprits. Farmers and food manufacturers waste four million tons per year, while distributors and retailers waste a further 0.4 million tons.  With more and more people resorting to food banks and the terrifying projection that by 2050 our planet will need to feed 9 billion people - that’s our Grandchildrens’ generation - this is a problem that we must tackle now. Food waste of such gross proportions is unsustainable environmentally, socially and economically. 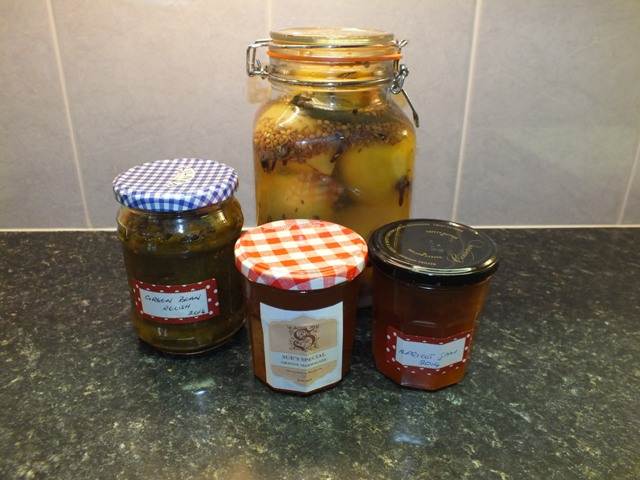 It seems there are many reasons for our chronic wastefulness. In our weekly shopping we generally overestimate what we will actually eat during the week. Then there is our slavish adherence to ‘use by’ dates. Even more ridiculously, a profusion of TV cooking shows send us rushing to buy new (to us) ingredients which, when we can’t make time to produce the exotic dish for which they were necessary, languish at the back of the cupboard until their use-by dates condemn them to the bin.  The warm Algarve climate dictates that we should not buy a week’s-worth of fruit, vegetables and other foods that deteriorate rapidly… or do we merely throw them away more frequently?

The problem is not limited to food waste. Equally pernicious and damaging to our planet is the throwing away of clothing.  The age of ‘fast fashion’ has lead to 1.5 million tons of clothes and textiles going to landfill sites every year in Britain alone.  I am not guilty of this particular excess… but before you propose me for beatification you should know the reason: I have lots of clothing that I know will fit me next year, because I am going to lose that stone in weight.  (On the few occasions in the past when I have managed this slimming feat, the clothes still ended up in a charity shop, because by that time they were quite inappropriate for a woman of my age.)

Do you remember the time when we saved up for clothes before going out and buying the best quality we could afford?  I remember wearing ten-year-old suits (my weight was under control in those days) which still looked as good as when I bought them. Their styling was what we used to call ‘classic’ and ‘timeless’. This article will date me… but then so would my clothes, if only I could get in to them! 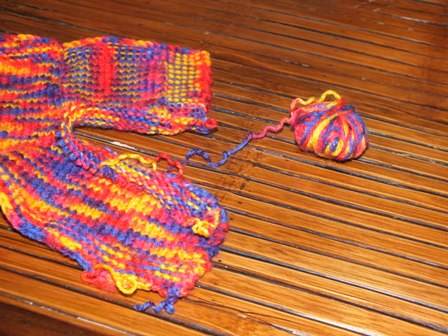 Old knitwear can be unravelled and reused for charity baby clothes

Today we are governed by what has become known as the ‘Primark effect’. Via advertising and marketing the clothing industry manipulates us to continually renew our ‘look’.  After all, they say, it’s very affordable because the outfits are cheap. What this usually means is that the clothes are of such poor quality that they barely last a year, leaving us with no choice but to discard and replace them. Ever-changing trends dictated by the industry mean that garments also become ‘so last year’ that they are effectively given a use-by date, just like food.

Oxfam says that 9,500 hundred garments are thrown into Britain’s landfill sites every five minutes. There, as elsewhere in Europe, governments are spending more taxpayers’ money on textile recycling, which is a good thing… but re-use is much better. Cheap clothes are less likely to end up being reused because they wear out so quickly.

But, hang on – doesn’t this ever-expanding clothing industry provide good jobs for lots of people around the world?  Sadly, this is not universally the case.  In Bangladesh, for example, where many of these cheap clothes are produced, garment workers are paid typically 40 Euros per month, and for that they may have to work 12 to 14 hour days.  In what we would deem intolerable conditions, these workers are paying the true price of our cheap clothing. On top of these gruelling shifts, many work excessive overtime in an attempt to hit near-impossible targets as they strive to earn paltry bonuses. In a global food crisis that is driving up prices, they are in a dreadful downward spiral.  They are the real ‘slaves to fashion’, while we are merely hostages to the fortunes being made by fast-fashion magnates - but the big difference is that we don’t have to be: we have a choice.