At One with Nature - A Brief History of Thyme

Sue Parker reviews past and present uses of one of our most versatile herbs.

The mummified bodies of the ancient Pharaohs were embalmed in the belief that this would defy the ravages of time. Dead right! A key ingredient of embalming fluids used by those ancient Egyptians was a wild herb we see throughout limestone-rich Algarve habitats: thyme. Down the millennia this plant has had many uses, some since validated by science but many more based on dubious mythology. Thyme is not the antidote for all poisons, and it certainly would not have warded off plague. Even more fanciful was the belief that patches of thyme growing in woodland were proof that fairies had been dancing there. But there’s sometimes a baby in the bathwater, so perhaps thyme can be a great healer. 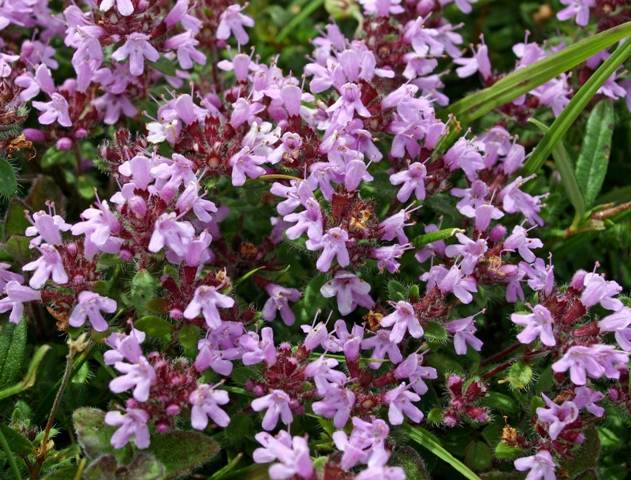 Wild Thyme Thymus polytrichus grows on dry, lime-rich soils and is found throughout most of Europe. Cuisine would be much the poorer without this versatile aromatic herb.

The antiseptic properties of thyme – the basis for its use in preserving mummies for the afterlife – were known to the Sumerians at least 5000 years ago, and until recent time a herbal tea made from wild thyme was a popular folk remedy for coughs and colds as well as tummy upsets and other digestive problems. Well, compared with some ancient ‘cures’, such as bloodletting and the drilling of holes in the head, it’s unlikely that thyme tea treatment was any worse than the ailment itself, and it may even have cheered up the sufferer. 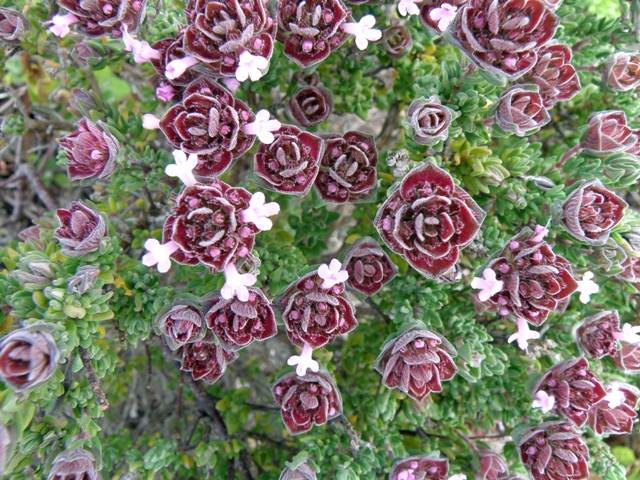 Classified in the  International Union for Conservation of Nature’s Red List as ‘Near Threatened’,  Camphor Thyme Thymus camphoratus is endemic to Portugal’s southern and south-western coasts, where it is protected by law.

In ancient Greece wild thyme was highly valued, even though vast areas of Greek hillsides were covered in these drought-tolerant aromatic plants. Not only did the Greeks burn thyme as incense in their temples, but they also made bath oils and massage creams from it, deeming it to have both medicinal and aphrodisiac properties. Other past uses included placing sprigs of thyme beneath pillows to fend off nightmares and demons, and as a talisman and symbol of bravery when given to men going off to war... and if that didn’t work then a sprig of thyme placed on the dead soldier’s coffin would ensure safe passage to the next life.

It’s as a culinary herb that thyme really comes in to its own, but cooks must learn not to take the bad thymes with the good. For example Wild Thyme Thymus polytrichus is an excellent culinary herb, whereas Camphor Thyme Thymus camphoratus - plentiful at Cape St Vincent and rarely seen elsewhere - smells much better than it tastes.
One of the great joys of living in the Algarve is that the climate allows us to grow herbs (even the really frost-prone ones such as basil and coriander) all year round.  My patio is full of pots of herbs which I grow in succession throughout the year, but thyme is not one of them.  Any country walk in a coastal area will provide you with as much thyme as you could ever need – and rosemary too.

Along with parsley, sage, bay leaves and the aforementioned rosemary no kitchen should be without thyme.  It is a vital ingredient in stocks used to make sauces, sprinkled over salads, chopped and added to dressings or stuffings, and is one of the herbs used when making a classic Bouquet Garni.  Here in the Algarve we never need to buy the dried herb ‘teabag’ variety of Bouquet Garni which certainly has more in common with a cheap teabag than simply appearance.  All we have to do is tie a small bunch of parsley, thyme and a bay leaf together with a piece of string and throw it into the pot.

Here is a recipe (with apologies to our own Patrick Stuart!) for a simple sauce that compliments simply grilled or baked fish, chicken or pork, and is also great poured over warm asparagus as a substitute for Hollandaise sauce. 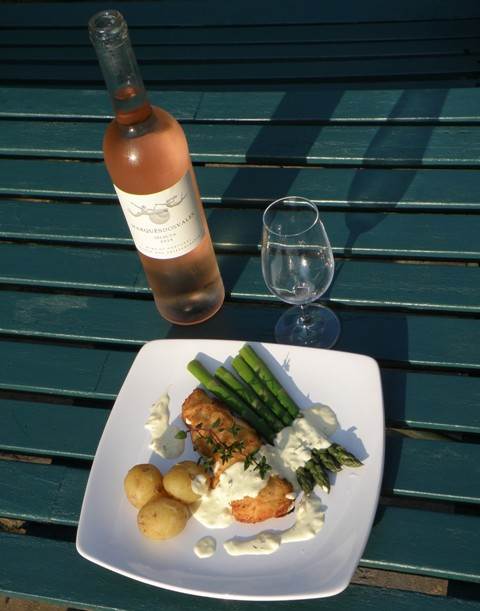 Gently fry the chopped shallot in the olive oil until the onion is softened. Increase the heat under the pan and add the vermouth – boil until it is reduced to half the original amount.  Add the stock and reduce again until syrupy.  Add the cream, lemon zest and thyme and season with salt and pepper.  If the sauce is not lemony enough add lemon juice a bit at a time.