At One with Nature - Taking Care

Three years ago, visiting Ria Formosa Natural Park and feeling depressed at the run-down state of facilities, poor signage, and limited information at the Visitor Centre, I met Sofia Costa. This young Portuguese woman’s enthusiasm, wisdom and passion for the Algarve lifted my spirits and gave me renewed optimism for the region’s wildlife. Last December I went back to learn more about her background, the work she does, and her hopes for the future. 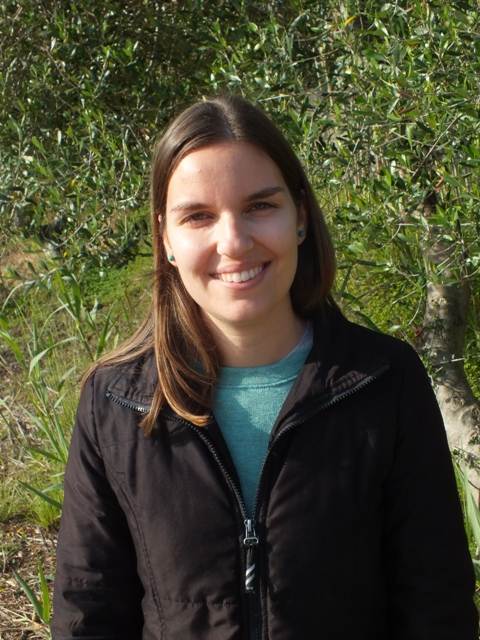 Sofia Costa – fighting for a sustainable future for Algarve tourism

For Sofia there was no ‘Road to Damascus’ moment, no sudden revelation that directed her career interest towards the natural world but simply a gradual realisation that the Algarve environment was both uniquely precious and very vulnerable. She wanted to get involved as closely as possible in promoting its environmental beauty both inside Portugal and to the outside world, and in preserving those irreplaceable assets for future generations of Algarvians.

Sofia was born in Olhão beside the beautiful barrier islands of Ria Formosa where tourism was and still is central to everyday life. Providing places to stay, transport to the islands, and restaurant meals so day trippers can refuel play a huge part in the local economy, but providing such facilities is often at the expense of the wildlife – the very thing that attracts visitors in the first place. It was this growing realisation that prompted Sofia to leave Olhão in order to study at Coimbra, the oldest university not just in Portugal but in the Iberian Peninsula. Her chosen degree subject was Eco-tourism. 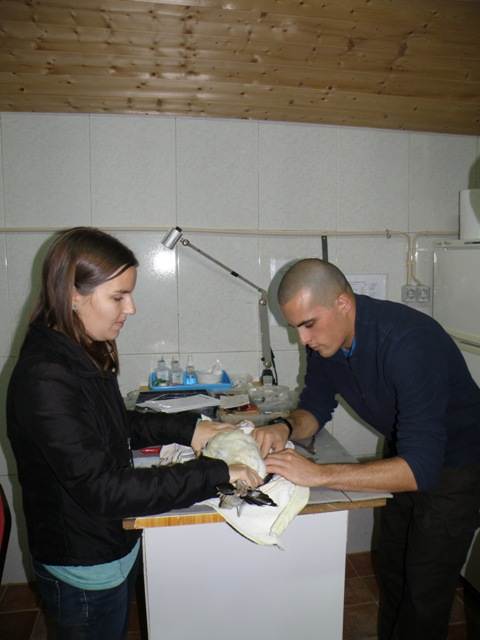 In common with all cash-strapped governments struggling to maintain basic services during the current global economic downturn, it was no surprise that the environment slipped towards the bottom of the Portuguese administration’s priorities. Jobs in eco-tourism all but disappeared. Undaunted, Sofia added to her qualifications via a top-up course in hotel management, subsequently working in a small hotel during the summer season and selling tickets for boat trips from Olhão to the barrier islands. Such seasonal jobs result in a high proportion of the population being unemployed for up to nine months of the year - a major problem for a struggling economy. So far the Portuguese government’s main response to this problem seems to have been to try to attract more golfers to the region, supporting the construction of yet more hotels and golf courses - both of which place huge demands on natural resources and destroy yet more of the Algarve’s precious wildlife habitats. Golf tourism was becoming dangerously close to being the only show in town, as wildlife tourists appalled at the destruction of prime habitats began abandoning the Algarve as a holiday destination. 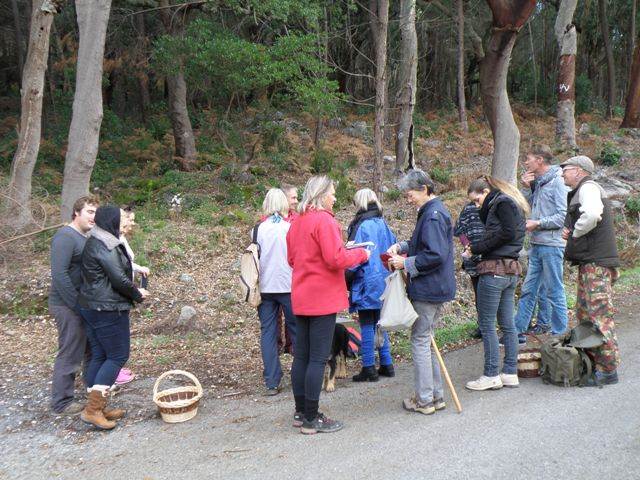 The Algarve has so much more to offer than beaches.  Here a group sets off in search of the regions fabulous fungi

It was during this period that Sofia found employment at RIAS, the animal hospital and rehabilitation centre situated in the nature reserve at Ria Formosa. Not only providing treatment and shelter for injured birds and animals, RIAS also has a small education centre much loved by wildlife tourists and by schoolchildren coming to learn more about the natural history of their area. Sofia has worked there for nearly three years and loves the job, which entails office management, acting as the ‘front woman’ for visitors to the centre, and helping with hospital work too. For the handful of RIAS staff the hours are long – sick animals are definitely not just for Christmas, and some require around-the-clock care. Despite this, during her tenure at RIAS Sofia has successfully completed a Masters Degree in Tourism Economics and Regional Development, using birdwatching in the Ria Formosa Natural Park as the basis of her thesis. 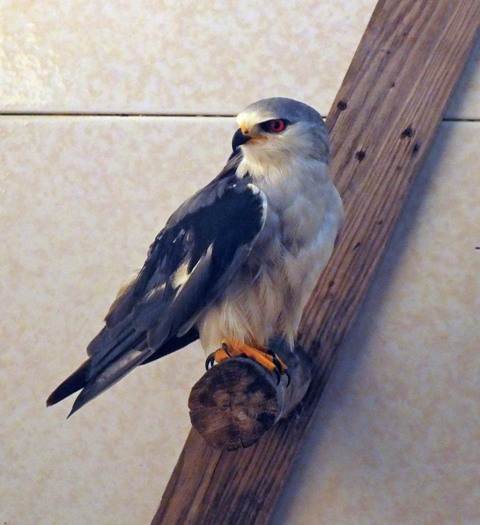 One of the RIAS ‘patients’ – a Black-shouldered Kite.  The treatment/recovery area at RIAS is not open to the public because of the distress it causes to the sick animals.

A good education is just one of Sofia’s strengths; her communication skill is another. What shines through is a desire to help people get the most out of their visits to the Algarve in general and Ria Formosa Natural Park in particular. She is also a mine of information about the recent developments in eco-tourism in the region, particularly now that the Portuguese government is beginning to understand the huge contribution that wildlife tourists can bring to the region in those tough ‘off-season’ months when hotels, restaurants and shops struggle to stay afloat. 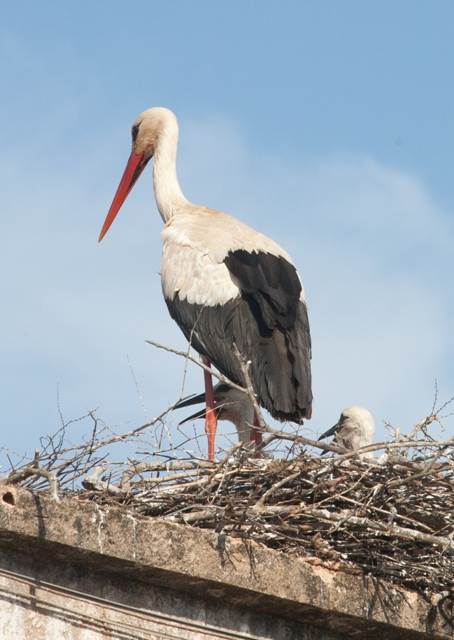 One initiative which Sofia believes could build confidence in the sector is the recent formation of Puro Algarve (Real Algarve). Businesses that sign up to strict environmental rules are able to use the Puro Algarve logo to promote their products and services as the best in terms of quality and environmental sustainability. Currently operating in the wildlife, gastronomic and maritime sectors, Puro Algarve could become the ‘Michelin Guide’ to the best businesses in their sectors and might eventually put an end to irresponsible operations that simply exploit tourists and wildlife in order to make a fast buck. If directed outwards towards international markets, Puro Algarve should be invaluable to small businesses who on their own cannot communicate effectively with the increasingly global market of ‘green tourism’. 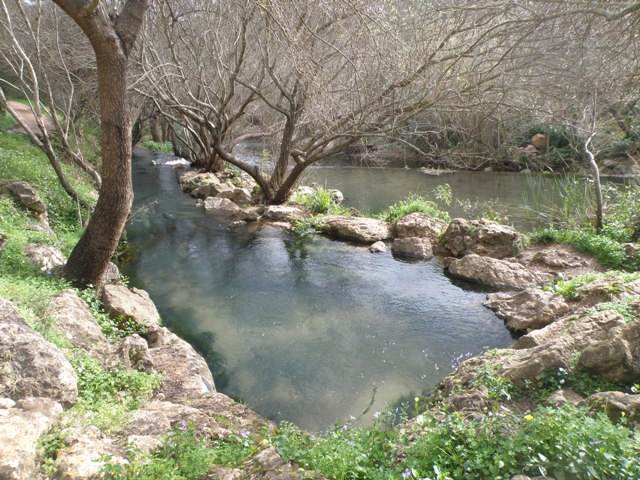 The beautiful spring at Fonte da Benemola where the crystal clear water flows even in the hottest of summers.

One of the problems with EU and government funding is that it is short-term project-based money. Once that is spent there is no follow-up funding to keep young enterprises going until they are securely established. Sofia says nothing has driven that point home harder in recent months than the Via Algarviana project, upon which so many small businesses along the route are dependent. With the demise of central funding it is now up to local councils and the businesses themselves to build upon the opportunity created by the initial investment - a fact that seems to have escaped them while the funding flowed. Sofia believes that the principle of sustainability must feature more strongly in future projects: businesses must factor in ways of keeping going once government money runs out. Initiatives like Puro Algarve could enable enterprises to keep their messages prominent in the marketplace when central promotional funding disappears. 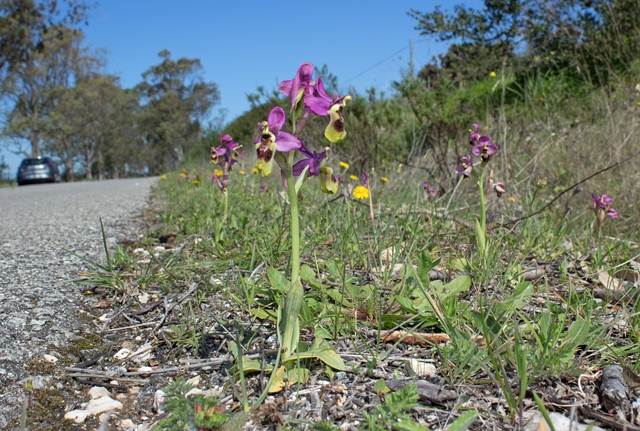 So few visitors are aware of the Real Algarve, and away from the coastal hotspots is another seldom-seen Algarve – one of peaceful woodlands, flower-filled meadows and quiet river valleys all teeming with fascinating wildlife, but the growing commitment of the Portuguese government to build eco-tourism gives Sofia cause for optimism. Her hope is that those working on projects will network with organisations in other countries that can help promote the Algarve internationally.

In the meantime Sofia and her colleagues continue the work of RIAS, caring  for and promoting the wildlife of the Algarve. Such inspirational people are every bit as precious as the rarest of the creatures they strive to protect.