In winter we may curse Noah for not swatting them when there were just the two mosquitoes, but come the summer and our perspective soon alters. We find so much of exquisite beauty and fascination in the insect world to lift our spirits: such is the mind-bending power of those tiny gauzy wings. 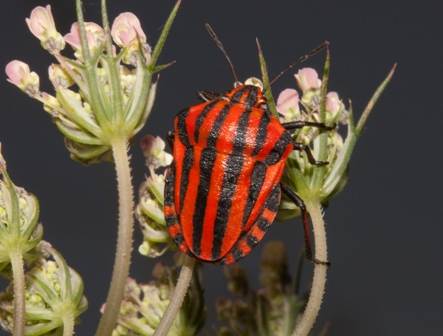 Graphosoma italicum, one of the Algarve’s most beautiful bugs

An expert on amphibians and reptiles knows all about a few dozen species; authorities on birds can identify several hundred; those bewitched by botany struggle, but the best of them can recognise their two thousand or so native wildflowers. Pity the poor entomologist, interested in insects but daunted by their diversity, who has no option but to accept defeat before going in to battle.

No one knows how many insect species there are. A mere 925,000 species have so far been identified, but scientists believe that at least five times that number are yet to be discovered.  Bees and butterflies are among the larger groups, but way ahead of them are the beetles with more than 350,000 species currently known to science. There are no know-alls in the field of entomology, - even the experts are baffled by bugs - but it is an area of study that is attracting increasing attention as so many of mankind’s traditional sources of materials are running out.

Treasure chests that we have been able to draw from down the centuries - coal, oil and gas as sources of energy; plants, fishes and mammals as sources of food – are not unlimited, and already global shortages are causing conflict. Developing renewable energy sources before we run out of fossil fuels is certainly doable, although getting to a sustainable energy usage before we run out of atmosphere and a survivable climate is far from certain. Even less certain is the prospect of producing enough food for 8, 9, 10 billion people or more – at least if we all expect plenty of fish and meat as well as our fruit and veg. 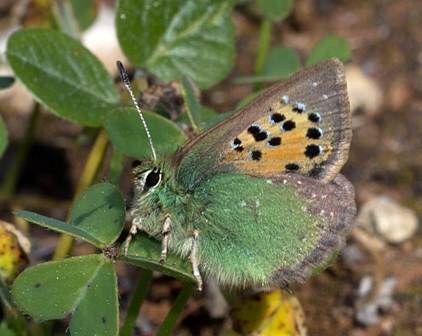 Apart from Homo sapiens, almost every other life form, from trees to terrapins, from bitterns to badgers, has suffered serious and in too many instances catastrophic population decline. The one big exception? Insects. Whatever we do to degrade habitats it seems there are bugs that thrive on what to other life forms is devastation. We don’t – indeed we couldn’t, at least not without waiting several thousand years – prompt the evolution of new species, but the total number of insects on our planet appears to be rising incessantly.

So how many individual insects are there? About 10 quintillion. We don’t count anything else in quintillions, so here’s the number written out in full: 10,000,000,000,000,000,000. It means that insects outnumber people by about 150 million to one, and although they are much smaller than us their total weight is estimated at 300 times our own. And some of them bite!

So let’s bite back. Some people are now seriously suggesting that as a sustainable, renewable source of protein the insect world has a lot to offer. Gogglebox gourmets may one day spring on us (sorry!) such dishes as Mayfly Mousse, Cockroach Croquettes or Dragonfly Delight. 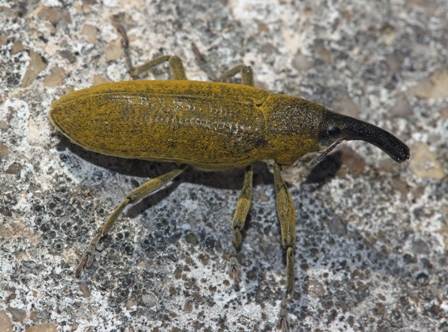 Lixus angustatus,  a weevil that feeds on pea and mallow species

Before humans learned to make tools for hunting or farming, there is little doubt that insects would have been an important part their diet, as they still are today in many ‘undeveloped’ countries. A degree of ‘un-development’ may turn out to be an essential feature of our sustainable development future. Right now perhaps only prejudice makes entomophagy (eating insects as part of our staple diet) a difficult concept to swallow. Of course, we would have to get over any qualms about eating things with three times as many legs as we have, but if we can cope with prawns surely when it comes to the crunch eating beetles ought not to bother us unduly.

Meanwhile, the insect world continues to delight many and to inspire at least a few, as it has done down the ages. To quote the nineteenth century philosopher Friedrich Nietzsche, ‘Our treasure lies in the beehive of our knowledge. We are perpetually on the way thither, being by nature winged insects and honey gatherers of the mind.’ Well, we urgently need to focus some of our gathered thoughts towards living sustainably. It’s a thought that really ought to be bugging more of us more of the time.

Pictures for this article kindly contributed by Rob Petley-Jones