At One with Nature – Meet the Relatives. Sue Parker meets Algarve residents more closely related to us than we might expect 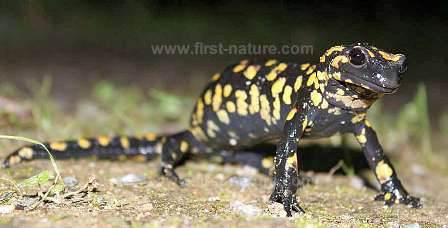 Having either too little or too much of it so often dominates the news these days, but there is no doubt that water is vital, not only for our survival but also for many of our close relatives. Let’s meet some of them: the amphibians.

Sometimes heard but rarely seen, amphibians live amazing dual lives. If you are wondering what you could possibly have in common with a frog, a toad or a salamander it’s actually quite fundamental: we all have backbones, or more particularly spinal cords. That is what makes the amphibians, and ourselves, members of the chordata, a major division (phylum) within the Kingdom of Animals – the Animalia, as zoologists call them (and us!).

In the Algarve we have two distinct types of amphibians, those with tails (newts and salamanders) and those without (frogs and toads). Other than the Iberian Water Frog, which is conspicuous in ponds by day, amphibians are seldom seen except by those prepared to venture out at night in search of wildlife. By day those shy creatures (the amphibians, not their seekers!) rest in dense damp vegetation or under stones. 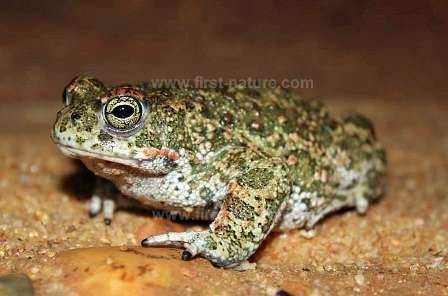 Without exception all amphibians need cool clean water in which to lay their eggs. Having no shells, amphibian eggs would die if left marooned on a dry riverbed. After a few weeks incubating in well-oxygenated water, the eggs hatch into tadpoles that metamorphose into creatures with legs and with lungs that can breathe air instead of absorbing oxygen from water as tadpoles do.

Anyone who has taken an interest in ponds in early springtime will know that part of a frog or toad’s insurance policy for survival is to lay hundreds or even thousands of eggs. This is necessary because predation by fish, ducks, dragonfly larvae and other aquatic insects is colossal. Profuse multiplication is only one of the tactics in their survival strategy. Others include camouflage, further assisted by an ability to keep absolutely still. The old adage that a moving target is harder to hit does not apply when it comes to undercover tactics based on camouflage. That’s not all: toads and tadpoles also secrete from their skins noxious substances that deter most predators. The bitter irony for toads is that some of their enemies have developed a countermeasure to this tactic: they puncture the poor creatures’ skins and suck out the juices. In some parts of the world amphibians have refined this defence mechanism, being not only poisonous to the touch but also poisonous to eat.

After tucking in to its jelly-like egg case, a tadpole eats tiny algae before progressing to water plants and tiny insects such as mosquito larvae. Because of the increased danger from predators during daylight, once they leave the water most adult amphibians hunt at night. They feed mainly on insects, which they catch on the ends of long sticky tongues that shoot out at incredible speed. Larger amphibians eat fish fry, insects and worms, and some will even tackle small mammals; however, being unable to chew food, the size of their prey is determined by the need to fit it into their mouths and then to swallow it whole. 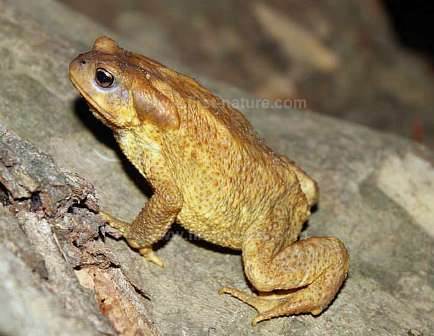 Here in the Algarve we are well off for frog species, with Iberian Water Frog, Parsley Frog, Iberian Painted Frog, Iberian Spadefoot, Iberian Tree Frog and Mediterranean Tree Frog. Our three toad species are Common Toad, Natterjack Toad and Iberian Midwife Toad. The first two of these head for water in the breeding season, but the Iberian Midwife Toad is a non-conformist; it mates on land. Once the Iberian Midwife Toad has laid her eggs, the male (the ‘Midhusband’ Toad? - surely not!) carries them, wrapped around his hind legs, to a sheltered position close to water and keeps them moist, depositing them in the water when they are about to hatch.

The Algarve’s tailed amphibians are Marbled Newt, Spanish Newt, Bosca’s Newt and the brightly-coloured Fire Salamander. All our amphibians are threatened by habitat loss, but the Fire Salamander is particularly vulnerable to Batrachochytrium salamandrivorans. This fast-spreading killer fungus has had a huge impact on amphibians worldwide and has already wiped out most of the Dutch Fire Salamander population; it has not yet affected Portugal, where authorities are being urged to do all they can to protect this essentially European animal.

The Algarve’s amphibians live life on the edge. Provided we use water sparingly, maintaining adequate flows in our rivers and streams, these bug controllers will continue to benefit future Algarvians as well as attracting wildlife tourists to come here and study these fascinating creatures.

Pictures for this article kindly contributed by Mark Barber who works for the ARC (Amphibians and Reptiles Conservation). The Arc Trust is a a UK national wildlife charity committed to conserving amphibians and reptiles and saving the disappearing habitats on which they depend. Back to articles...