At One with Nature – What’s in a Name?

For those of us who like to pigeon-hole things, taking an interest in the natural world can be intensely frustrating: no sooner do you think you have accurately identified that bee, butterfly or flower than ‘they’ go and change everything. Identification of a plant or animal has traditionally been done by looking closely at its features (so called morphology) and comparing them with similar species; latterly the use of DNA (molecular) study has shown that some species are not actually as closely related as we had thought, even though in some instances they look very similar. As a result, the scientific names of many species are being changed, creating turmoil for naturalists. 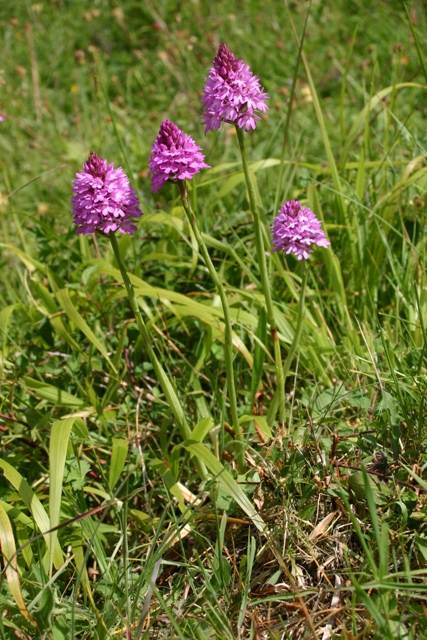 The perfect pyramidal flowers of the Pyramidal Orchid - Anacamptis pyramidalis

Plants, animals and other living organisms are given scientific names using what is now known as the binomial system. In this system, which was formally introduced by Swedish naturalist Carl Linnaeus in 1753, each species is given a unique two-part name. By tradition binomial names are written in italics with the first part, known as the genus, capitalised; the second part, the specific ‘epithet’, is always written using lower-case letters. For example The Mirror Orchid has the two-part name of Ophrys speculum; the first part is the genus and the second is the specific epithet indicating the species - speculum being the Latin word for mirror. Rather than using their native languages it has been traditional for botanists to use mainly Latin or Greek words as the basis of naming. Occasionally plants are named in honour of famous naturalists, whose names in ‘latinised’ form appear either as a genus or more often as a specific epithet. For example Epipactis tremolsii honours the Catalan botanist Frederic Tremols i Borrell, who first recorded and described this orchid species. 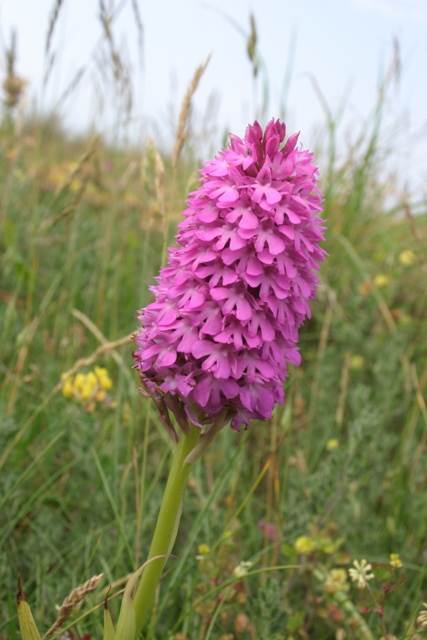 Not knowing any of the above is no barrier to enjoying the diversity and beauty of our wildflowers, but for ‘pigeon-holers’ a system by which you can record what you have seen is a sanity saver… or is it? The pigeon holes are for our convenience rather than for the plants or animals, many of which refuse to conform to our rules and pop up in many confusing guises, causing frustration for those trying to identify the things they have photographed on their holidays. What happens when the pink orchid you have found and think may be a Pyramidal Orchid is egg-shaped rather than pyramid-shaped? What if in the midst of all the pink flower heads there is a white one? Can it be another species altogether? 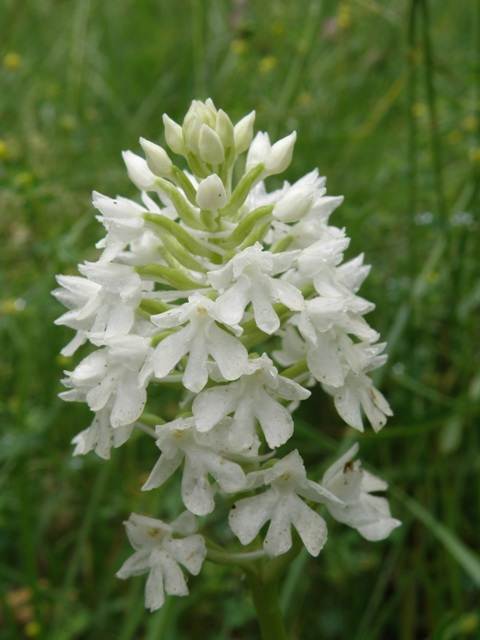 And then there's the white one!

In some instances botanists will describe ‘unusual’ looking plants of a particular species as forms, varieties or even subspecies. Depending on whether you are a person who likes to simplify things or one who enjoys puzzling over minute differences between specimens – a so called lumper or a splitter - all this adds considerably to either the frustration or the enjoyment of identification. Debates rage among botanists about the differences within species and whether or not such sub-divisions are really justified. After all, despite our own considerable differences in appearance - the colour of our skin, hair and eyes – human beings remain as a single species Homo sapiens! 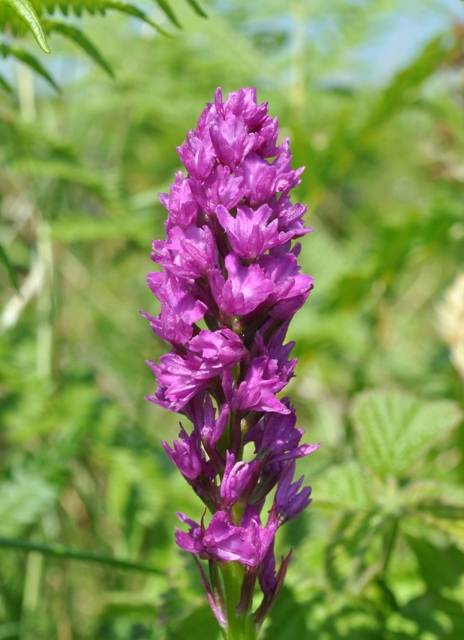 I was recently invited to visit the laboratories of the National Botanic Garden of Wales, where they have been undertaking a project to DNA barcode plants for identification purposes. (Wales is the first country in the world to record all its wildflowers in this way.) After 17 years of studying the wild orchids of the Algarve and striving to identify them accurately in order to produce a guide book, I was most interested to learn whether molecular study would solve some of the arguments surrounding plant species and justify or refute splitting them to subspecies level. 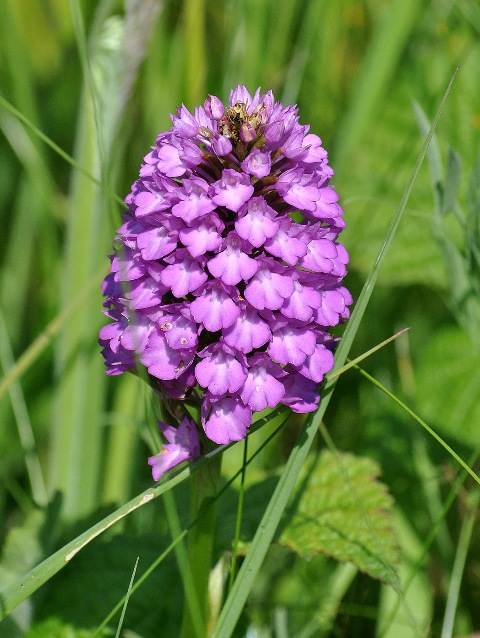 As it turns out, present analysis only separates plants to species level and cannot determine whether splitting is justified. This may leave you wondering about the value of this work. Potentially there are many commercial uses, not least in combating the lucrative business of smuggling rare plants. Often plants in root form are taken from where they grow and imported to other countries supposedly as something common that looks similar at that stage of development. Looking at the DNA of the roots of plants can categorically establish whether they are what they purport to be, thus averting one of the most damaging threats to wildlife. In the meantime, as a writer of photographic wildlife guides, I am greatly relieved that people will continue to use books to help identify what they have found!